The table below gives an extract of the specification of all ASTER live steam locomotives from 1975-2016. The table is also available, with a complete history of ASTER locomotives, in my e-book The Unauthorised History of ASTER.

The Southern Steam Trains website also held an ASTER roster with some extra information. Since some people prefer it to the roster I made the links are included here. 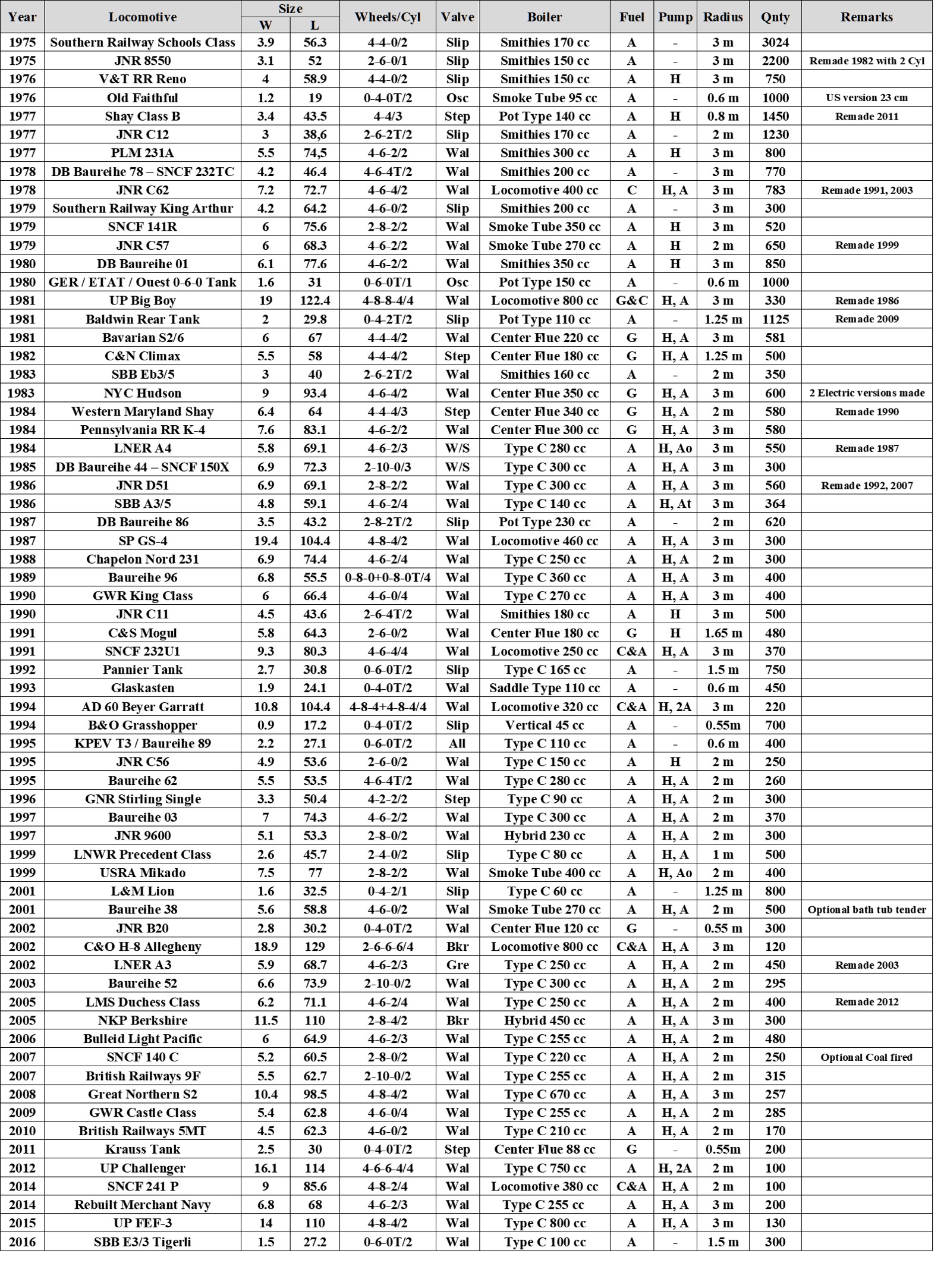 The columns of this table have the following explanation:

Locomotive: Name given to the locomotive type in this book, sometimes divergent from the name ASTER used.

Radius: Minimum radius the locomotive needs for running; the ASTER specification is sometimes ambiguous, especially for the smaller locomotives.