Trains that can not run in a straight line!

Most trainsets were bought as a present for a child. Until a couple of years ago I assumed that trainsets where made by the toy or model train manufacturers to initiate the child to a hobby, such that they would want more, profit generating, items to expand on the set. Recently I came to the conclusion that cheap clockwork trainsets were sold as a toy by itself; the manufacturer just gets profit from making and selling sets.

Some time ago I bought a small CR (Rossignol) train (loco, tender and coach) which I found out was not suitable for 0 gauge track. I measured about 25 mm and the gauge was, as used by more toy-train makers, 28 mm. This train, of which the loco is seen in Fig 1, is pictured and described in the article French Toy-Train Streamliners in TC43. I already had some 28 mm trains (one by Bing and another by JEP) which I found out I could run on my multi gauge 1 and 0 layout since the distance between the outer gauge 1 rail and the 0 gauge center rail was approximately 28 mm. I tried to run the CR train but it did not want to run. The front wheels of the small 0-4-0 locomotive were set at an angle, such that it only could run on circular track (the front axle is at an angle to the rear axle). In fact, it was a 2-2-0 locomotive.

Recently I acquired some more small train sets with 2-2-0 locomotives and the first axle set at an angle. Two of these by CR (Fig 2 and Fig 3) and one by JEP (Fig 4).  The undersides can be seen in Fig 5. Looking at catalogs I found at that 28 mm or 30 mm (also called 33 mm) gauge rails were not sold separately and that there existed no straight track. So, these sets were not to be expanded.

I looked in books for other examples of the “angled” axle; the only example I found was the 21 mm gauge “bent” train (which is an 0-2-0 with a fixed 2-axle tender) in a trainset pictured in “Issmaier Trains, The Missing Catalogue” by Michael Bowes. I noted that other “cheap and simple” smaller gauge Issmaier trainsets had a circle or a figure eight track, and of course a figure eight track does not allow for an “angled” axle.

Some of my “angled“ front axle trains can be run without rail on the floor, others will not. Of course, there are floor-trains by which you can set an axle such that it goes round and round (or straight until it bumps against the wall or furniture).

So, the “angled” front axle seems to be a French invention. I assume that CR used this before JEP and that JEP just tried to get a part of the cheap trainset market dominated by CR in France. 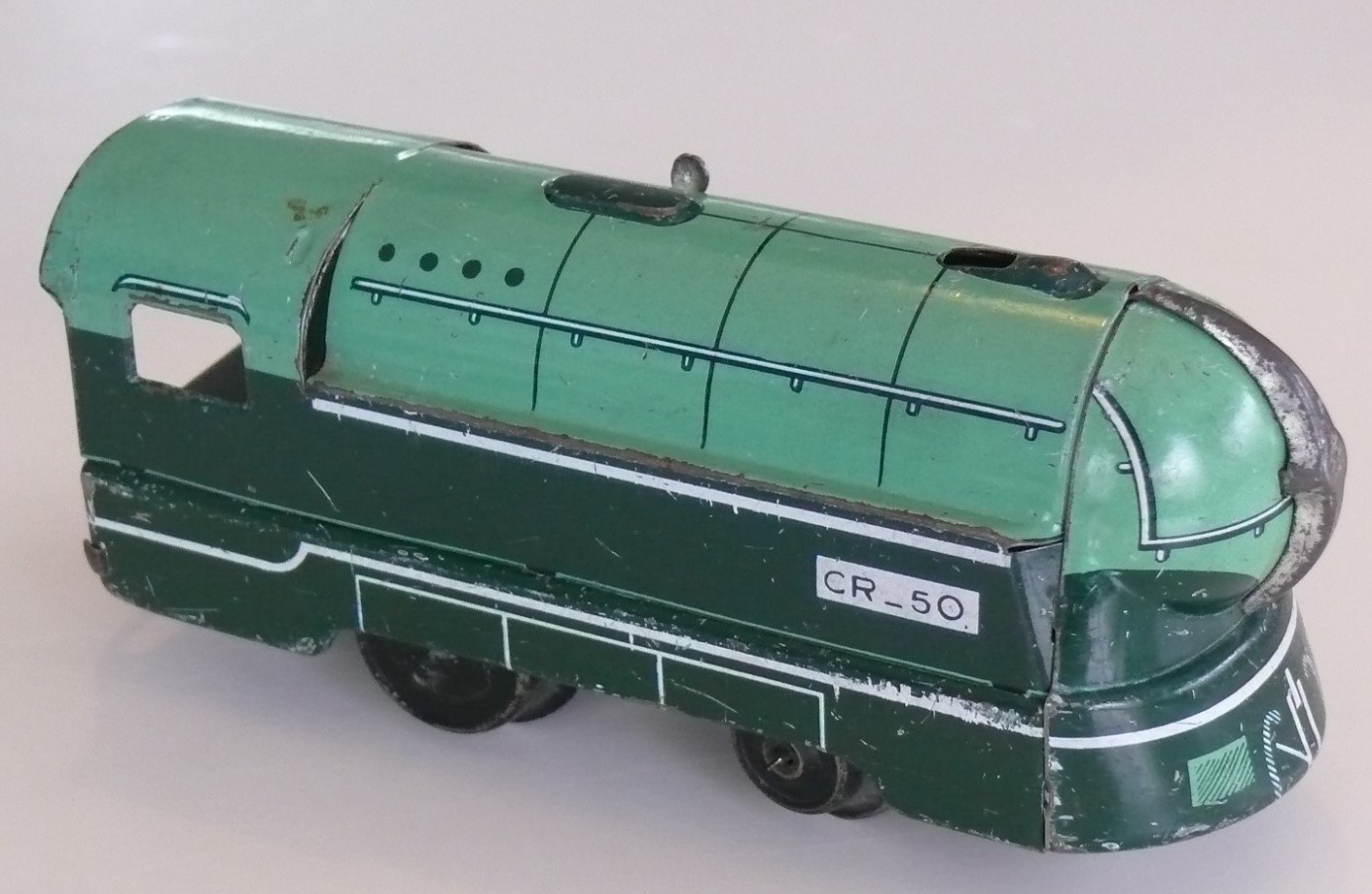 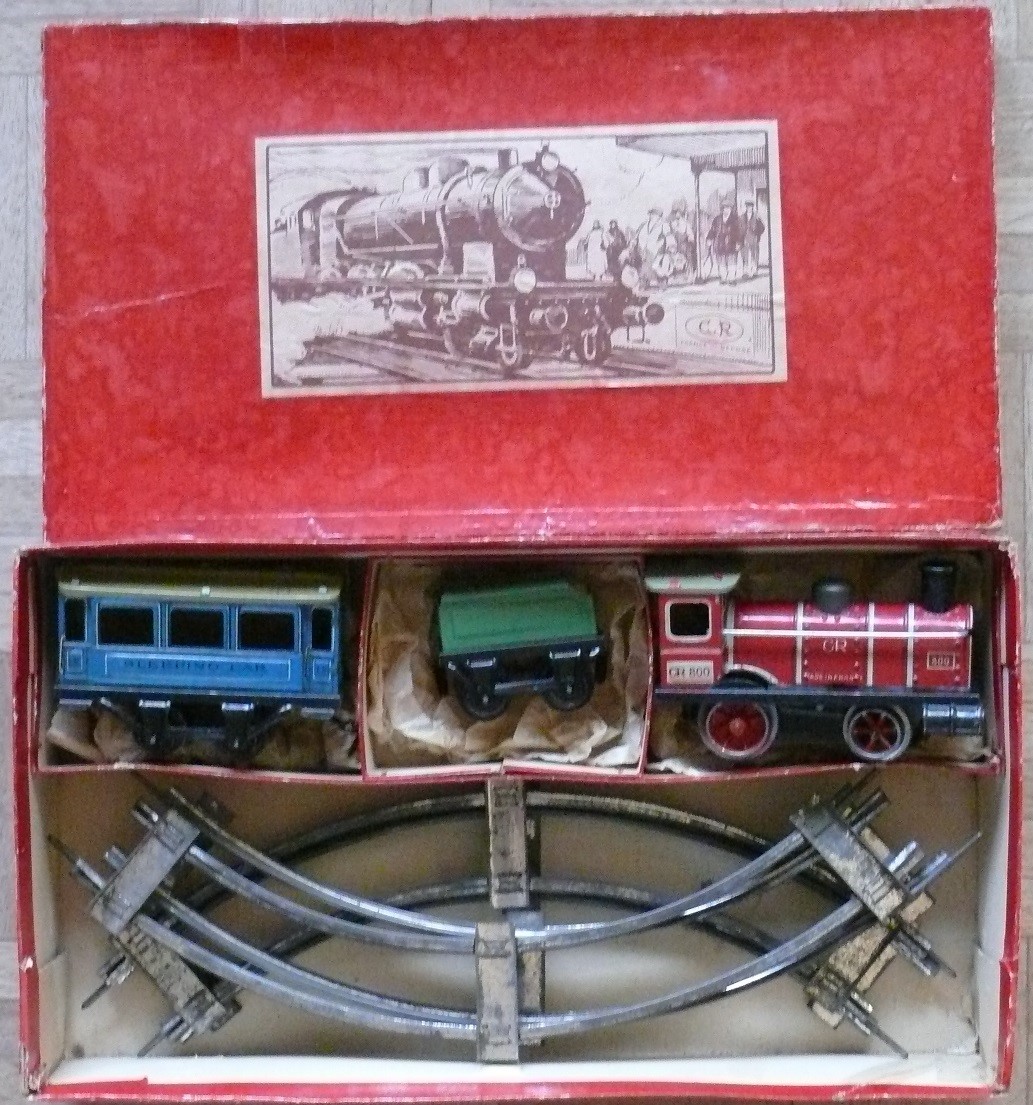 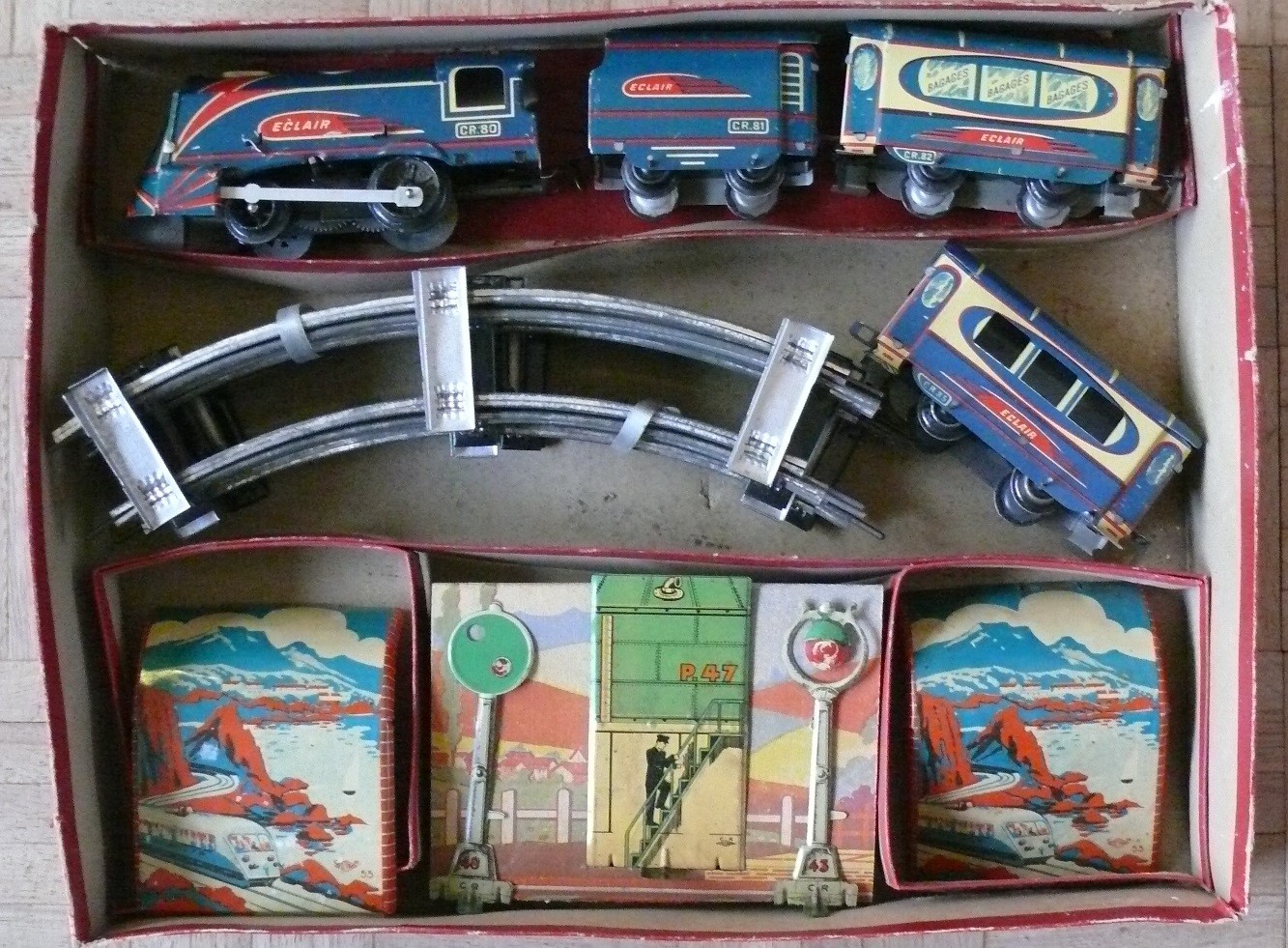 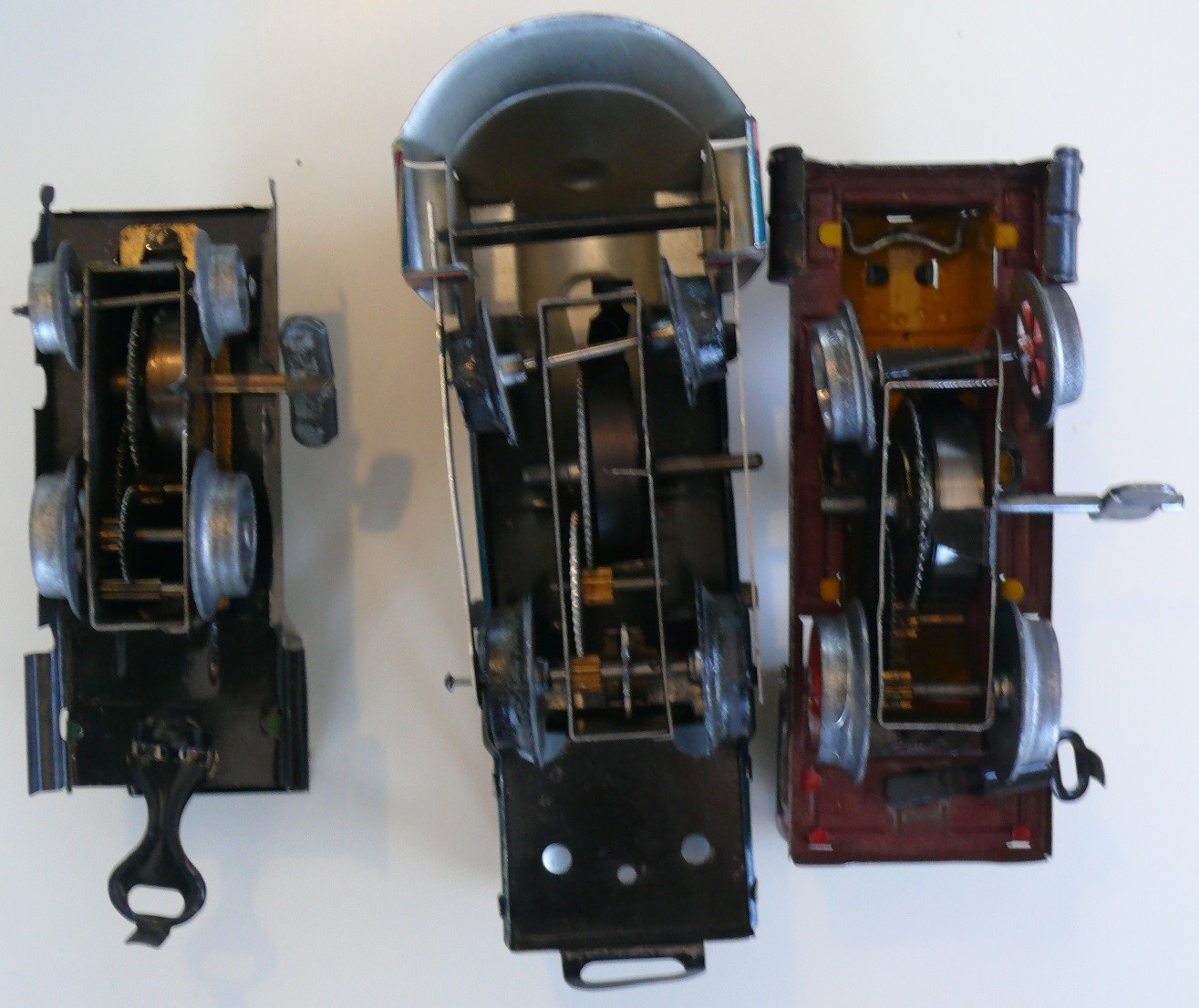 The videos show these running round and round